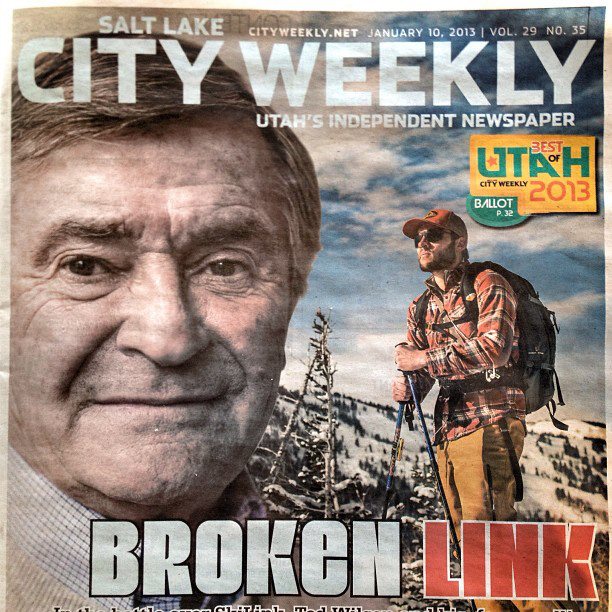 It is almost as if Ted Wilson hasn’t even seen the map of where SkiLink begins. You can’t look at the map and say, with a straight face, that SkiLink is a viable transportation solution.

“Wilson says he kept returning to the idea that every person riding SkiLink represented a person who wasn’t in a car. … Because SkiLink could fundamentally improve the way Wasatch residents access their mountains, Wilson decided in July 2011 to accept the lobbying job at Talisker.”

I’m not sure how SkiLink fundamentally improves how I access Big Cottonwood Canyon, but I certainly won’t be driving to Park City, paying $100 for a Canyons lift ticket, taking 4-5 lifts and groomers, and then hopping on SkiLink to get over to Solitude. Yes, we support a comprehensive and thoughtful transportation plan in the Cottonwood Canyons. No, SkiLink is not that plan or part of that plan.