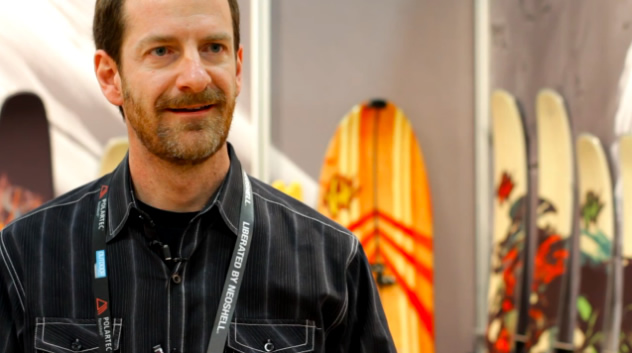 This week, we are pleased to feature a guest blog post from Brad Rutledge, a father, husband, triathlete, skier, mountain biker, hiker. In his spare time, Brad runs Rutledge Consulting Group, and he provides PR consulting to the Stop SkiLink coalition. You may contact Brad at brad@rutledgeconsultinggroup.com. If you would like to contribute blog content, please contact us at info@StopSkiLink.org.

When I first read the phrase the Stop SkiLink Coalition, I thought: I like the sound of that. I think the phrase came from Jenny Macfarlane in a recent email updating people of the progress that had been made to do what the collation set out to do: stop SkiLink. Becoming an activist is new to me – but I’ve found that when I’m passionate about something, it’s great to have a way to make a difference, and to be a part of something bigger. My friends and I first became aware of this terrible idea called SkiLink when details became public well over a year ago. We were outraged, and like a lot of people, we wanted to do something about it.

We attended the Stop SkiLink rally and fund-raiser back in November 2012, and I was surprised at how many people showed up with a pricey cost of $100 per ticket. It showed we weren’t the only ones who cared about protecting our mountains, and I picked up a yard sign.

This event was led by Jamie Kent and Jenny Macfarlane, and supported by Save Our Canyons and Winter Wildlands Alliance. In other words, it was a group of people who really care about protecting the Wasatch Mountains, teaming up with organizations with missions that align. Cool.

I have also been pleased by all of the businesses that are a part of a growing collation, including the most outspoken and influential to date: Black Diamond and its CEO, Peter Metcalf. You can view a list of businesses that are passionate about stopping SkiLink by clicking the “Who We Are” link above.

While it makes sense that people living closest to our Wasatch Mountains would care the most, I am learning there are people all across the country that care about protecting our mountains as well. For example, St. Louis-based Ryan Hanlon of GebbsTV is a powerful new member of the collation, and we’re thrilled to have him. He heard about SkiLink and wanted to do something about it, so earlier this year, he brought cameras with him from the mid-west to capture some amazing footage to tell the story about what this battle is about.

Ryan and GebbsTV are producing a video about SkiLink, which should be fantastic! Below is a clip of an interview with Dave Grissom of Salt Lake City-based outdoor gear company Voile— one of the many voices that contributed to the upcoming film. Enjoy the clip, as Dave provides a good overview of the SkiLink project and many of the things at risk. He has a great line: Once it’s gone, it’s gone. Thank you, Dave and Ryan!

And just to wrap up on my coalition momentum theme, you’re reading this blog on the StopSkiLink.org site, put together independently by brothers Brett and Jacob Crockett. As a coalition, I don’t think we’re as much about stopping things as we are about coming together to protect wild and pristine places.

Dave Grissom on SkiLink from GEBBS on Vimeo.